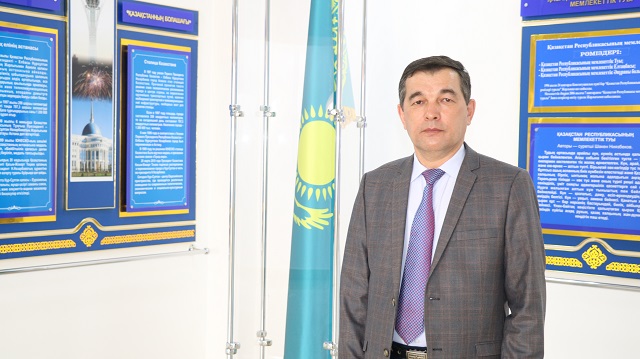 Tasks of the Rukhani Zhagyru project office:
- Implementation of the strategy of the Head of State N.A. Nazarbayev "Kazakhstani way - 2050: common goal, common interests, common future" and ideas of the program articles "Looking into the future: modernization of public consciousness" (April 12, 2017) and "Seven facets of the Great Steppe "(November 21, 2018;
- Organization of research work on the adaptation of public consciousness to new conditions arising from the idea of ​​"Rukhani zhagyru", preservation of the national code, carrying out propaganda and performing work for the population;
- Creation, organization and implementation of conditions for attracting students to research work in this direction.

- Under the leadership of the project office, by the faculty of the institute and specially invited specialists, take part in conducting scientific and practical seminars and various events to educate Kazakhstani youth based on the idea of ​​"Rukhani zhagyru" in the spirit of respect for the history of the state-forming nation, adaptation to the new century of moral traditions of the past, patriotic, spiritual, moral, ethnic, social harmony and tolerance through the promotion of pragmatism, respect;
- Coordination of the development of projects, thematic conferences in structures, round tables, interdisciplinary research and other scientific events within the framework of "Rukhani zhagyru", program awareness, adoption of the key principles of the article;
- establishing contacts with scientists dealing with issues of national unity in society, peace, spirituality, harmony, civil society, participation in scientific projects and programs;
- publication of scientific research results.