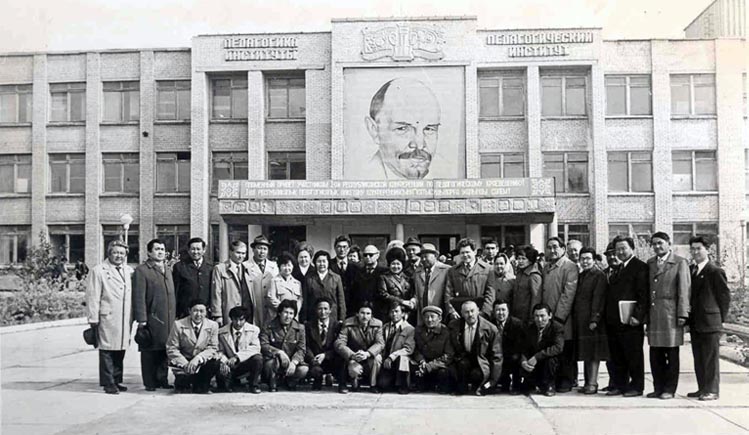 Arkalyk State Pedagogical Institute was established in accordance with the decision of the Central Committee of Communist Party of Kazakhstan and Kazakh SSR Council of Ministers № 220 from April 12, 1972, 5 years later it was named after Ibrai Altynsarin.

In 1979 was found the Faculty of graphics and art and, in 1980 – Faculty of Biology and Chemistry, in 1989 - Musical-pedagogical Faculty, in 1992 - The Faculty of the Kazakh language and literature. The number of students has increased from 200 to 2500, and teaching staff from 17 to 210. 40 lecturers of those have academic titles. In1977 the Institute was named after the great Kazakh educator and compatriot Ibrai Altynsarin. The lecturers and employees, such as: S. Rakhmetova, J. Abdigalieva, K. Yergaliyeva,J. Abdenova, A. Fatsievich, T. Kayralapova, V. Aksyuchits, K. Sakanova have been working productively since the institute was formed. There is a particular need to note the contribution of one of the founders, the first rector of the institute, Doctor of Technical Sciences - Myrzagali Otarovich Tolegenov. Today in Arkalyk the street where he lived, was named after M.O. Tolegenov, the Faculty of Physics and Mathematics is named after him as well, and there was appointed the M.O. Tolegenov Scholarship.

Arkalyk State Pedagogical Institute students participate in sport events ranging from competitions for the city championship, and reach the level of performance at the world championships. Greater number of victories have brought the athletes involved in wrestling and sambo. Student of the Faculty of Philology, Zhuldyz Aytmaganbetova is bronze medalist of the World Cup, and Asian Games medallist. No less famous Murat Kentonov, who was also a student of philology, became a champion of the republic in Sambo and “kazaksha kures” (the national wrestling), and a student of physics and mathematics faculty Aidar Nurgymetov, who is the champion of "Universiade- 91”.

In 1976 there was opening of the Research and Pedagogical Museum of the great Kazakh teacher and educator - Ibrai Altynsarin. In this regard particularly, in a stately manner, the Institute has held its first “Altynsarins’ Readings”. There were invited scholars, poets and writers from Aktobe, Almaty, Kostanai region and Torgai region. Attended by the great-grand daughter of the great pedagogue, People's Artist of Kazakh SSR - akin M. Hakimzhanova and State Prize laureate, known akin G. Kayyrbekov.

Ibray Altynsarin is the first national teacher, the founder of Kazakh schools in Kazakhstan..

«The Museum of I. Altynsarin» has interesting materials about the life path and works of a teacher-educator, educational institutions where he received knowledge, schools that he founded, as well as about the history of our institute.

Museum of Natural Historical with an amazing variety of flora and fauna of Kazakhstan, as well as a collection of minerals and rocks.